Following the news about New Zealand declaring all animals sentient beings, I decided to write a series of posts about my discoveries in this beautiful and progressive (though not always so) part of the world. I lived there between 2003 and 2006, a bit over three, very intense, years.

There is nothing I enjoy more than exploring new places, so whenever I passed by the travel info centre in Auckland CBD, I would go through those automated doors and check out what was on offer (I still get a tingling down my spine as I write this). One time just as my birthday was approaching, I discovered the ferry to the wildlife sanctuary of Tiritiri Matangi. What better way to celebrate?

The island Tiritiri Matangi used to be an ecological disaster: due to the keeping of livestock there, the island had been overgrazed, and had become barren. It now benefits from the reintroduction of native trees and birds, which capture the interest of visitors on guided learning treks.

These days I am waking up to the fact that wildlife suffers from the enslaving of “domestic” species, too. If we claim that helping wildlife is our goal, funding animal agriculture at the same time contradicts it. The latter has for millennia been used as a justification for destroying natural habitats as well as persecuting predators – all for the profit of a limited group of humans, who don’t even think twice about enslaving other human beings when it suits. Logically, predators are only pushed to take out animals enslaved by humans because we exponentially limit their space and we make some animals that much more vulnerable and miserable, kind of like putting up a neon sign shouting “here is prey” (did you know that chickens often escape unharmed when attacked in the wild?). And yet we still blame the animal for trying to adapt to our insane world. Ultimately, if you think about it, we are an island in Space… just as Tiritiri Matangi is an island off the coast of New Zealand. There is only so far you can go before you have to face the effects of your actions.

Admitting to sentience in others who look different is more than just saying they can feel pain or pleasure. It means that we as a species are interconnected with all other species, which in turn forms the basis of true individualism (something that I argued for during an art assignment from university, where they seemed to expect the application of an outdated theory of “Western individualistic vs. Native group-based ideas of identity” which doesn’t hold up to dedicated scrutiny – but this is another story, to be told in due time). The word “animal” means “souled living being” and the only reason we have become confused about this recognition is due to the false body-soul dualism plaguing modern thought. The idea that you “have” a soul merely conceals the way you act against your own “human” nature. Everything we’ve done to other species has been to assert our domination on this planet (again, the domination of a few), rather than to help humanity as a whole. If this false idea of possession were changed to “I am a soul (animal),” then it would be easier to have your behaviour gravitate towards the real human nature, which is associated with ideals like kindness and compassion. In other words, if you believe you are a human and therefore special, then act like it!

In one of the pictures from my island adventure, you can spot a carving of a Maori ancestor expressing the Mana (spiritual power) with his tongue poked out, a concept common among Pacific Islanders. Beside other things, the Mana represents being charged with stewardship of Nature (although when the Maori first arrived in New Zealand, it took some time before they created their mythological links to the new land, and the environment suffered meanwhile) – but this is not the Western concept of “natural resource sustainability” or the 19th century approach of putting a fence around a “natural park.” These are still instrumentalizing approaches that lock Nature outside somewhere where it can be controlled. Stewardship, in my view, doesn’t refer to planning out the entire globe, but rather to showing humans a glimpse, an example of how to remain wild and free from the inside out – thus participating in “wildlife” instead of watching it through binoculars or armed with layers of waterproof, windproof, sunproof, life-proof paraphernalia.

I think it’s such a nuisance that these days, ignorant Western folks are shown Mana when it is sometimes promoted in popular culture and they label such ideas crazy, ignorant or evil – my argument would be that it’s the other way around: chronic disconnection from our environment is what’s totally bonkers right now in the world. But this misinformation is probably a result of the misguided anti-Pagan campaign that was prevalent in the media in the early 2000s. It created such a scare that some people completely miss the point, even today. I was one of them for a short while, but I have since placed the information into perspective – and my experiences in New Zealand were quite decisive in that respect. (To be continued…) 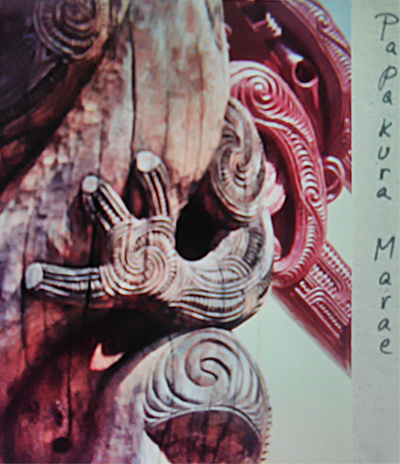